Three Haunted Places to Visit During Halloween in Bali 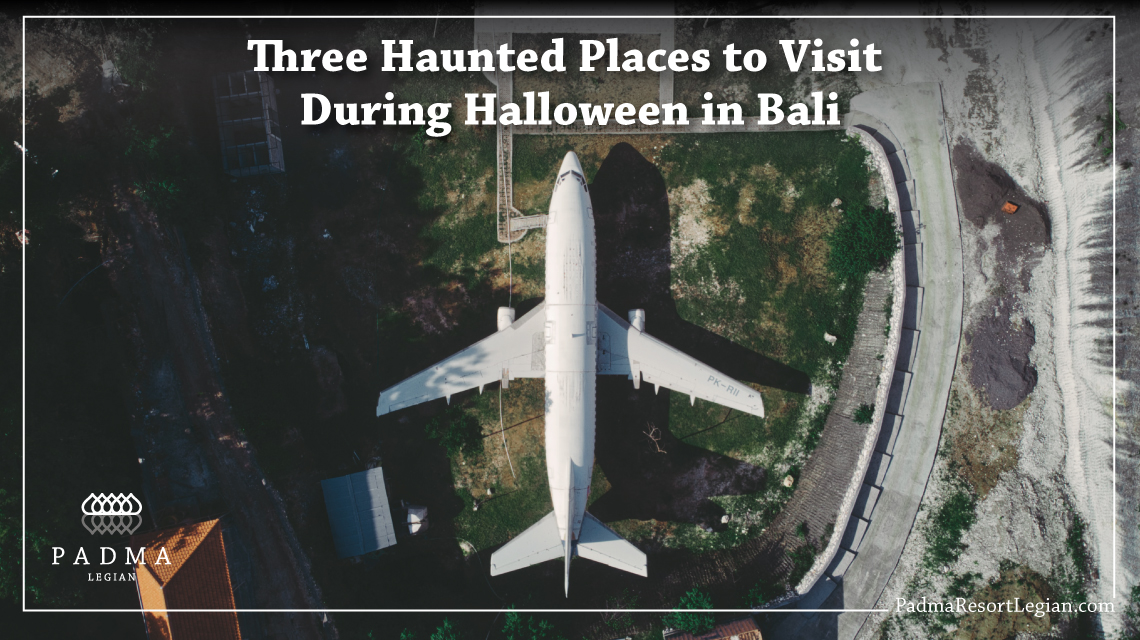 From stunning rice terraces in Ubud to beautiful beaches in the bukit (means the hills; what the locals like to call the cliff areas of Bali that is popular for the surf scene), there are hundreds of incredible spots to visit on this island of the Gods. But in this article, we are not going to mention the touristy ones, or the hidden gems. You are about to discover some haunted places that will give you chills – in the spirit of Halloween. So when you’re ready, here are the top three locations that we have picked for you.

Taman Festival Bali, translates to Bali Festival Park, is one of the creepiest places in Bali, located in Sanur. Taman Festival Bali was once the biggest and perhaps ‘one and only’ amusement park back in 1997. There were amphitheater, mini zoo, lake, and giant artificial volcano that could erupt few times a day. Imagine how much of a big deal this park must have been, back in the days. Long story short, the park was only around for two years and was closed in 1999 due to bankruptcy which means it has now been closed for 22 years. The building, the zoo, the lake, and everything was left behind and the locals believe that unused old buildings are home to spirits and ghosts. To top the story, a big fire hit in 2012 that makes the place look even creepier now.

Somewhere in the middle of a housing district in South Kuta, lies an abandoned plane right next to Nusa Dua Selatan street. In 2008, the owner of this Boeing 737-200 PK RII intended to transform it into a lavish restaurant with aeronautical concept. Everything was ready; the kitchenware, tables, chairs, and everything was close to completion. But then that was it, the restaurant has not been opened until today and the owner is nowhere to be found. Nobody knows exactly what has happened but one thing we know is that the empty plane is still parked there. And again, in Bali, it is believed that when a building is empty for so long, it becomes sacred.

For the curious souls, unfortunately you won’t be able to get into the cabin and explore. The aircraft is guarded probably due to safety reasons as it is old. However, if you happen to be close to the area, you will be able to see it from afar.

About 50KM away from Kuta, in between the greenery view of Bedugul nestled another abandoned building named The PI Bedugul Taman Rekreasi Hotel and Resort. Built in 1990, it was planned to be a luxury hotel. Yet, all of sudden, the development of this hotel went downhill.

This property is owned by Tommy Soeharto, the youngest son of Indonesia’s former president, Soeharto. Some said that it was unfinished due to bankruptcy, but some also said that the developers were cursed and the workers disappeared out of the blue. The building still exists up until today and is being watched by the banjar (local authorities). If you are one of the brave ones, the building is accessible for public to explore.

So those are three among many neglected (and now sacred) buildings in Bali. Would you be interested in visiting any of them? Or do you know some other creepy stories about buildings in Bali you would like to share with us?