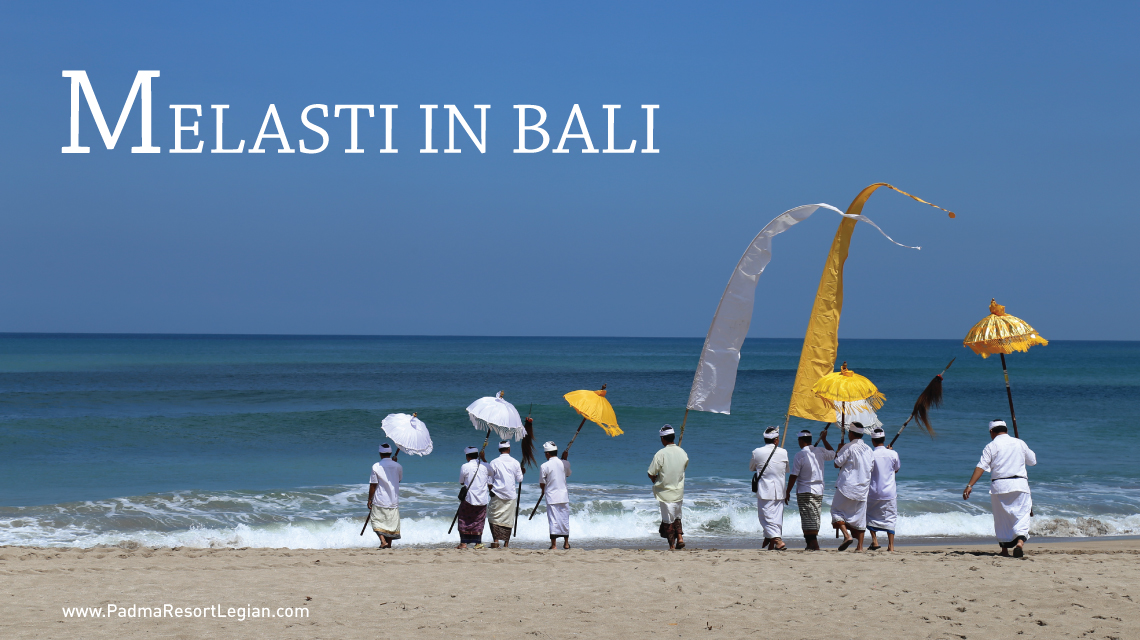 Prior to Nyepi (the Balinese Hindu seclusion day), hundreds of local Balinese people will parade along the road heading to the beaches nearby. They will carry some traditional ornaments and gather together along the beaches, by the edges of the river or lake. This ceremony is known as Melasti.

Melasti or Melelasti literally means to drift away the impurities. As beautiful as the word Melasti means, this ceremony is a symbol of the purification for the Balinese Hindu, to cleanse them from Bhuana Alit (small world, referred to the human body and soul) and Bhuana Agung (the entire universe) from the bad spirits. The main purpose of the ceremony is to welcome the Balinese Hindu’s Saka New Year on Nyepi day with a clean heart, soul and surroundings. These are some interesting facts about Melasti that you may want to know about. 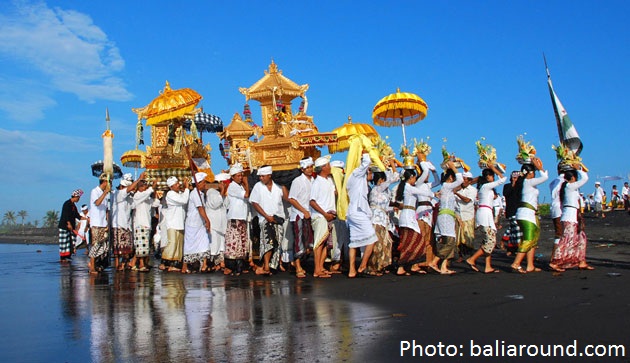 The parade
Melasti parade is probably the most interesting one in the series of Nyepi ceremonies. You can’t help but stop when you see the parade on the road to give way and to witness the procession. It will surely catch your eyes with their sacred ornaments like sculptures (pratima and pralingga) and statues from the family temples they take with them.

The parade becomes more colorful with the appearance of some painted flags (umbul-umbul) that will stand out among the white traditional Balinese outfits they wear on the day.

To the water sources
Every ornament each family carries during the parade will be brought to the sources of the holly water. Water has a significant value to the Balinese Hindu as it is the source of life (tirta amrita). You know the Melasti parade is on when you can hear the sound of the gamelan music from a distance, and a bunch of people wearing traditional outfits, all in white.

The purification
Every village has its own Melasti schedule so they won’t overcrowd the traffic. Religious leaders are involved in this ceremony as well as families and the village communities. There will be a table as a stage to put all the sacred ornaments and the offerings. The participants of  Melasti ceremony will gather and sit cross-legged by the beach, facing that table and the water source. The religious leaders will then lead the ceremony, splash the holly water and rice to the participants and every sacred ornament they presented at the ceremony.
You will see Melasti parades and ceremonies along the beaches in Bali between one week until two days before Nyepi. Make sure to take some photographs when you see a group of people doing Melasti on the road or on the beach.

May this year’s Melasti cast out all the bad energy in us and lead us all in the a peaceful and serene day of silence. 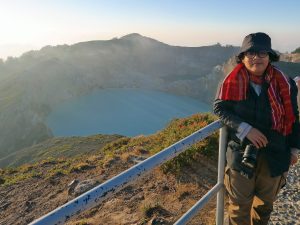 Edna is a Jakarta-based travel writer. She began her professional carrier as a journalist, living in Bali for a year then moving back to Jakarta to chase another dream.

She writes anything related to traveling, culinary, lifestyle, nature, culture and other tourism attraction especially in Indonesia.